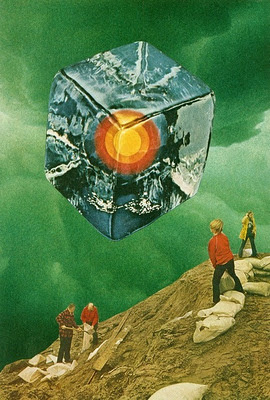 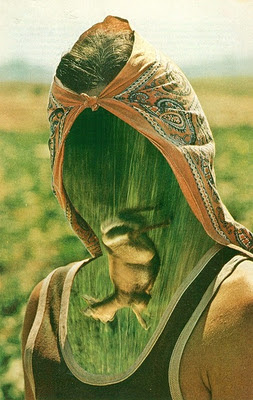 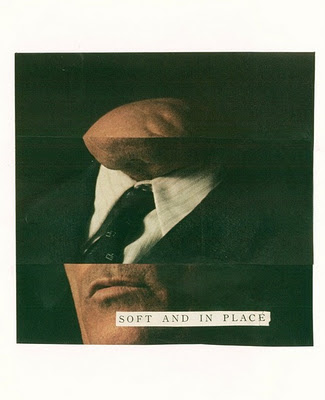 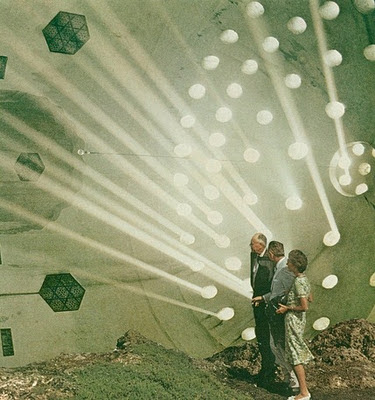 a)My name is Jesse Treece. I was raised, and still live, in .

a)I make collages or photomontages and I like to draw as well. I like to work with vintage materials, books and magazines from the 60's, 70's preferably. My other tools are scissors, exacto knife, glue stick, ruler and whatever solid surface I can find.

a)Hmm, I'm not sure. I like to think that most of my work is simple but striking. There are elements of absurdity, whimsy, surrealism, odd perspectives and some darker undertones that maybe people are drawn to. I also use landscapes a lot, everyone loves landscapes.

a)It's been a little over 2 years now I think since I started putting my stuff up on the web.

I don't think that I've had a "big break". Maybe an accumulation of "little breaks". The work that i'm most proud of is designing the cover art for Arrange's album Plantation (http://arrange.bandcamp.com/album/plantation), being published in some cool small press zines and getting to collaborate with some really amazing artists like Jeffrey Meyer( http://www.goofbutton.com/), Agogwe (http://www.flickr.com/photos/phokingdragon/) Delilah Jones (http://mymindisanisland.tumblr.com/), etc. And just the feedback I get from people that are really into my work, that's pretty cool!

a)I'm getting ready to start another collaboartaion with Delilah Jones and we have an ongoing project called Ice Cream Kingdoms (http://icecreamkingdoms.tumblr.com/) which is a book that is being passed around to different artists to add collage elements to. Other than that I'm always collecting materials and working on new stuff, I seem to always have a few sitting around waiting to be finished.

a)I do dabble in drawing and playing music also but nothing serious at the moment. I would love to have the time to collaborate with someone on some kind of musical project, I have tapes and tapes of ideas that I've recorded when the inspiration strikes me.

a)Juat get it out there somehow! The internet is a great way to get your work seen. Put it up on a social network of your choosing, shop it around to galleries, coffee shops, artwalks. If it's good you'll find an audience.

a)I'm going to be part of a group show later this month at the Loading Bay Gallery in . It's a launch show for Artistic.ly, a new website that will sell limited edition art prints. Other than that, nothing solid but I do hope to be involved in more shows next year.

Posted by Claudio Parentela at 2:41 PM No comments: