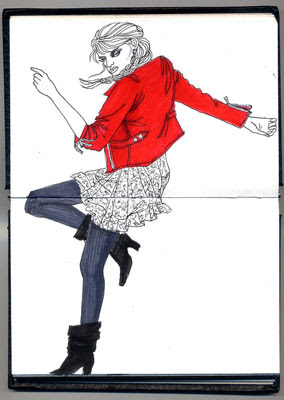 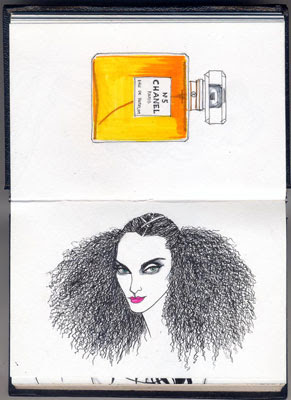 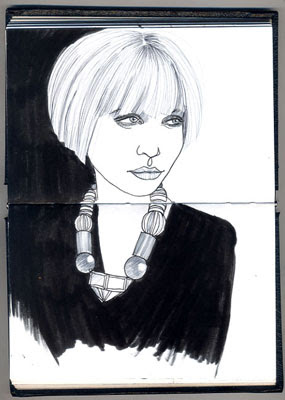 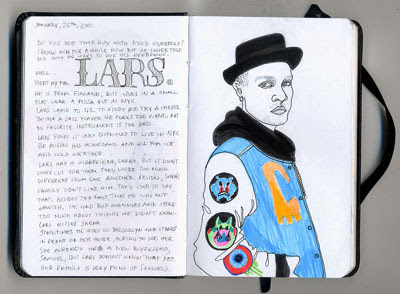 a)I'm a freelancer illustrator based in .

q) Had you always planned on being an artist [or had you other hopes]?

a)Not at all! It never crossed my mind I could make a living out of my illustrations. Althought one of my aunts was a sucessfull illustrator in her time, I've always considered drawing rather a hobby than a profession. It was only by 1992, when I begun making money with illustrations, that I realized I could do it professionally. And by the end of 1999, I quit my job as Art Director in an Advertisement Agency to dedicate myself entirely to illustrations. It was a bold decisiom, but it was worthy. I was miserable at that job and, honestly, I sucked!

q) Do you have a preferred medium to work on? Why?

a)I do enjoy working with pen and markers. But I must say I've tried almost everything so far and I intend to keep on trying, for I'm always looking for a new way of doing things.

q) How would you describe your style?

a)That's a though question to ask... If I say something positive it might sound like I'm bragging myself. If I say nothing it might look like I don't know how to evaluete my work... But I guess my work is simple, focused on people and very influenced by fashion.

q) Do you go through any certain processes while trying to produce your work?

a)It all depends on what I'm doing.

If it is a commercial work with a briefing to be followed, I'd start with a little research, then draft some ideas on a paper, send it to a first approval and then finalize it accordingly to the client's preferences. I'm a very obedient worker, hahaha.

But If I'm doing a personal work, of course, it is all much looser and free.

a)I've just finished some illustrations for cover and spread featured on Época Magazine about Women and Money.

I'm also working on my new sketchbook, doing a series of Imaginary Friends that might or might not turn out to be a book project.

q) What about recent sources of inspirations?

a)Unfortunately, I've got just one source of inspiration: people. So, thank God it is not an endangered specie.

q) What are some of your obsessions?

a)Wow, that's an up close and personal question! :)

a)I've been very lucky these past couple of years and had my work shown in some nice galleries such as: POP (São Paulo), FAAP (São Paulo), GNT Lounge (Rio), Mori Gallery (Sydney-AUS) and Gallery Nucleus (Los Angeles-USA).

I'd love to have my work exhibit in London, Paris, Amsterdam, Venice, Rome, Berlin, New York... and the list goes on and on.

a)I keep my blog updated, so I guess that's the best way to reach me: http://www.fernandaguedes.blogspot.com/

q) Do you have any suggestions or advice for artists that are just starting out?

q) Who are your favorite artists?

a)I'll say just 3, because the list is too big and can be boring: Gustav Klimt, Chuck Close and John Currin.

q) What books are on your nightstand?

a)"Sense and Sensibility" by Jane Auten, "Women of the Planet" by Titouan Lamazou and "Alice in Wonderland" by Lewis Carrol. I'm also reading a book with my 9 year old son about Greek Mythology (for kids, of course!).

q) To what weaknesses are you most indulgent?

Posted by Claudio Parentela at 12:57 PM No comments: